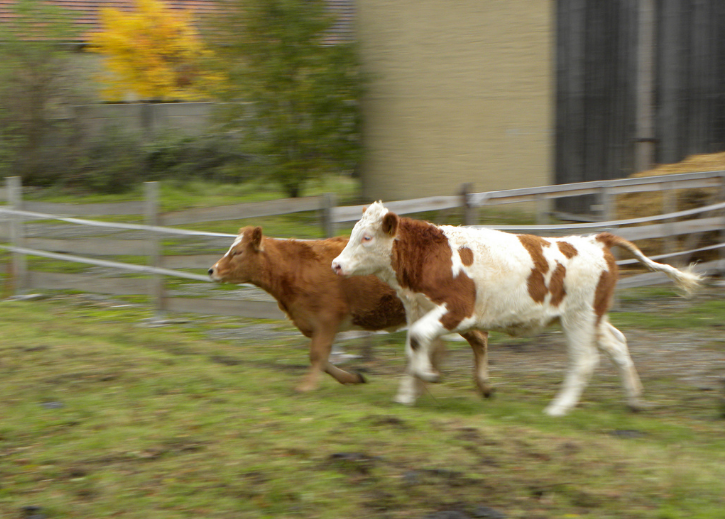 I’m afraid it’s not unusual to hear of cattle running loose with a farmer somewhere trying to find his or her animals. This can naturally create problems and even dangerous situations as the animals have no knowledge of traffic rules and behaviours. With large animals such as cows, the possibility of potential danger to humans and the animals themselves is real and a farmer needs to react to situations fast.

When a farmer’s animals are on the run, the best thing to do is get as much help as possible to herd the animals back to safety. In some more traditional farms, herding dogs are used to move the cattle in the right direction. Herding dogs can be a great help for relocating wandering animals. 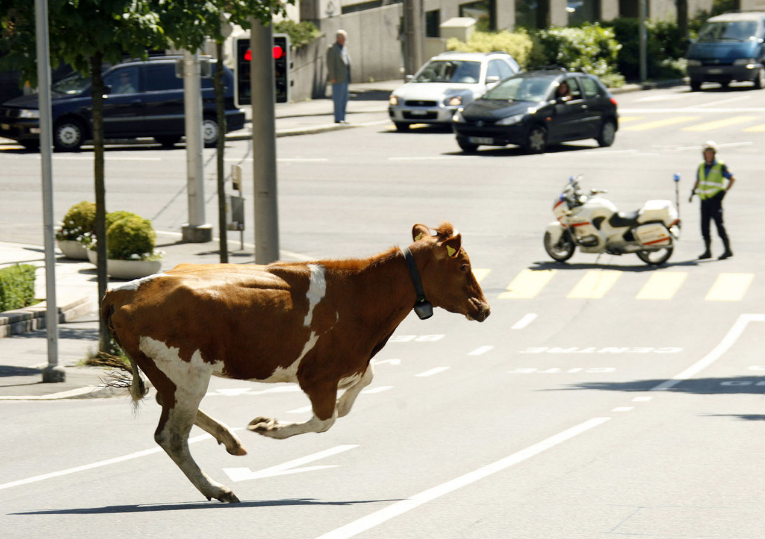 One farmer faced his nightmare as many of his cows managed to escape because of an open gate. This human error was noticed much later after the many of the cows that were supposed to be spending the day in the field were now moving to different directions, some close to traffic. The farmer was literally running and driving around after his animals! He also asked his family and others to help join in the chase. After an entire day of chasing, the farmer finally got all his cows back to the farm without any further accidents or a vet visit.

This sort of human mistake should never happen as it could potentially lead to very bad accidents, and of course, is not good for the health of the cows. Cows are surprisingly smart and will take advantage of any possibility for freedom.

To avoid frustrated animal behaviour, a farmer should allow field time and space for their cows for exercise. This of course goes to all animals. Gently handled animals whose exercise, social and other needs are met are less likely to be troublesome when it comes to moving or escaping.